Whilst I was happily jogging through the Glastonbury Festival site this morning, I began to reflect on all the artists who had played at the pyramid stage. For some reason Amy Winehouse immediately popped into my head.

In that moment, I was reminded of an article that I wrote in 2011 “Vulnerability Friend or Foe” that many of my clients and readers liked at the time so I thought why not share it with the Being Practice community too. Here is the blog: 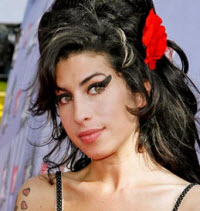 Inevitably, most of the British press sank to the occasion with some pitiful coverage of Amy Winehouse’s death in 2011, so it was rather refreshing to Andrei Harmsworth’s more balanced, complementary article in the metro.

Like Andrei, instead of focusing on Amy’s addictions, I want to pay tribute to Amy’s multi-faceted personality and the powerfulness of her vulnerability which attracted fans in their millions. But before I begin I want to share what inspired me to write this short piece. Ld In August 2011, as I was already in Camden collecting my recently lost cat’s do not feed me collar, I felt the urge to visit Amy’s House. On arrival at Camden Square, I was sadly greeted by empty bottles of cider and vodka snuggling up to stunning flowers and moving messages. I was really sickened by this idealisation of alcohol, the demon which may infact have killed Amy. This together with my disillusionment towards the media prompted me to channel my anger and disappointment in a more positive and meaningful way. I want to celebrate the best things about Amy in particular her fragility and vulnerability.

The dictionary defines ‘vulnerable’ as: capable of being physically or emotionally wounded; open to attack or damage

As human beings we are born entirely helpless, unable to do anything for ourselves. The vulnerable child we are born as remains within us our entire lives.

Every creative knows, like it or not, that they must access that place of vulnerability, or authenticity because that’s where their most powerful stories are.

“Dare I come into touch? For this is further than death. I have dared to let them lay hands on me and put me to death. But dare I come into this tender touch of life? Oh this is harder……..”

We live in a culture where vulnerability is generally ridiculed, abused, medicated and repressed, contrarily, the most popular actors, poets, writers and musicians are usually those similar to Amy who have courageously revealed their souls to all. Likewise, when I question my clients in the consultation room and my friends outside why they love their partners or what they admire in others the majority often respond:

“I really admire their honesty, openness and vulnerability”

So why are we so afraid to disclose our own vulnerabilities?

Most of us avoid displaying our vulnerability at all costs because we are afraid of the potential pain of being hurt. As a result, we go to extraordinary lengths to protect ourselves: we build walls, hide, create masks, isolate ourselves or tragically, as with Amy, we resort to substances to numb us and protect us or distractions such as gambling and shopping.

Brene Brown a leading research professor at the University of Houston has spent the past ten years studying vulnerability, courage, authenticity, and shame. Her “power of vulnerability” talk is incredibly moving and inspiring and well worth taking time to watch.

Below are the key insights from Brene’s talk that resonated and touched my heart:

• Life’s a mess so most of us want to organise and put it into a bento box.

• We are hard wired for connection which gives us sense of why we are here and what gives meaning and purpose to life. In order for connection to happen we need to be vulnerable and seen.

• By numbing vulnerability we also numb love, because, as she says: “Vulnerability is the birthplace of joy, creativity, belonging and love.”

• To love with our whole heart though no guarantees.

• To believe that we are enough.

She also talks about wholehearted and authentic people that are able to embrace vulnerability and how this provides a route to joy, happiness and fulfilment. They can be deeply seen by others. They don’t expect perfection or others to be perfect and they don’t pretend they are perfect.

So Amy I just want to end by saying thank you for not being perfect and for not pretending in your lyrics and most of all for courageously wearing your heart on your sleeve whilst on stage to give us a brief snapshot of your vulnerable world. It’s just a pity that though you expressed your vulnerability so eloquently in your work and on stage, that you often struggled and found it too overwhelming on a day to day level.

Listening to Back to Black and Love is a Losing Game… brings tears to my eyes… We all have demons the only difference between any of us and Amy is how we handle those demons.

Her friend and fellow British singer Lily Allen once had this to say about her:

“I know Amy Winehouse very well. And she is very different to what people portray her as being. Yes, she does get out of her mind on drugs sometimes, but she is also a very clever, intelligent, witty, funny person who can hold it together. You just don’t see that side.”

The duality of man generally refers to the two opposing sides of the nature of man, for example, good and evil, vulnerable and invulnerable. This is a common thread throughout the history of art, religion and can be seen in history in characters such as Jekyll and Hyde. In Amy’s case, it may have been her lack of awareness of man’s duality and inner contrasts that led to her frequent uncontrolled outbursts off stage. The aim of psychotherapy is to look more deeply at our dualities and inner conflicts and to help create a new future that is not driven by old coping strategies and repetitive patterns of behaviour.