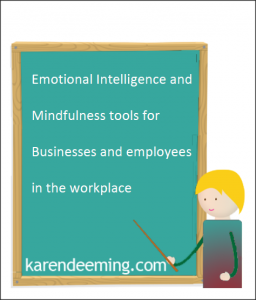 Do you have a hectic lifestyle and want to make positive life changes but precious little time to make them?

Over the next few months, I’ll be sharing with you the mindfulness, self help and personal development techniques and tips that helped me to:

• escape the corporate cage, that is, my well-paid secure job and hectic lifestyle in London

• move from London to live in the idyllic countryside and do my dream job as a successful Psychotherapist, Coach and Mindfulness Teacher helping 1000s of clients at my Liverpool Street and Harley Street Practices and nowadays at my online, Bristol and Somerset Practices sometimes advising film Directors, such as Mike Leigh, on the authenticity of film narratives.

Though I am now doing my dream job, living in a delightful Somerset village and have many tools at my disposal, life is occasionally still tough so I’ll also send you some tips to help you remain motivated, and focused when you are feeling stuck, overwhelmed, lost or you are falling victim to ”l’m too busy and don’t have enough time” and procrastination trap.

For those of you who didn’t get the opportunity to read tips one and two of my blog for people with hectic lifestyles who want to make positive life or career changes see:

Tip for week four, stop comparing yourself to other people

Before I became a Psychotherapist, I was often plagued by my inner critical voice or my negative chatterbox that often went something like this:

• I wish I could stop comparing myself to other people
• If only I could overcome these jealousy and envy feelings because they hold me back
• Why can’t I just accept myself for who I am?
• Why do I talk myself out of doing incredible things because I am afraid to discover if I’ve got what it takes?
• Why haven’t I got as many facebook likes or twitter followers as my friends or business competitors?
• Why am I less attractive than some of my friends?

I, Karen Deeming, You Revolution Founder am now doing my dream job as a successful Consultant, Psychotherapist and Lecturer advising film Directors, such as Mike Leigh, on the authenticity of film narratives involving psychotherapy. But it wasn’t always like that, I too was often crippled by the comparing virus in my well-paid secure corporate job until one day I stopped comparing and started daring:

How can you stop comparing yourself to other people?

Lots of wealthy people and celebrities also adopt unhealthy behaviours such as excessive drinking, cocaine use and eating disorders so why’s that then?